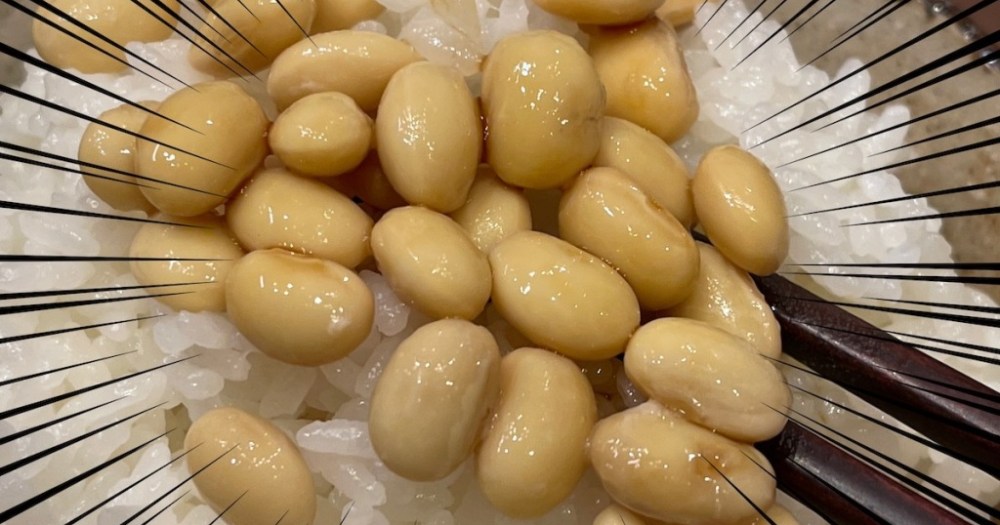 We tried making natto the old fashioned way, and the result was unexpected but delicious 【SoraKitchen】

Who knew that soybean fermentation was such a delicate process?

While most people see natto (fermented soybeans) as small packets of styrofoam – or even on ice cream, on rare occasions – do you know how it’s actually made or did you want it? do it yourself? Our Japanese-speaking reporter Saya Togashi decided to try natto buy natto making kit by the natural Japanese farmers of Fuudo Farm.

Natto is traditionally made by wrapping cooked soybeans in straw and maintaining enough heat for the natto bacteria to thrive, thereby fermenting the soybeans and creating that gooey, gooey dish that has captured so many hearts.

Saya started by soaking the beans overnight in water and then bringing them to a boil the next morning. The instructions said to boil the beans until they were soft enough to be mashed between your fingers, which meant boiling for one to two hours. If you have a pressure cooker, however, you can significantly reduce this time!

She also boiled the straw, but since it was so long, part of it came out of the pot and she had to push it in gradually like spaghetti.

When all the items had been sufficiently boiled, Saya nestled the soybeans in the straw cocoon. She was concerned that the beans would be so hot that they would kill the natto bacteria, but this particular bacteria is quite hardy and can survive up to 100 degrees Celsius (212 degrees Fahrenheit) of heat.

Once the natto cocoon was finished, the actual preparation was over! Now came the task of keep beans warm for at least 24 hours. Yes, 24 full hours. Otherwise, the beans and straw would become too cold to aid the fermentation process.

There are many methods you can use to keep them warm, including the use of hot water bottles, a heater, kairo adhesive pads, etc. Saya had a heat saver bag and some kairo handy, so she tried this method.

Unfortunately, the beans got cold in the process. Maybe it was because they were old, but she kairo did not stay warm for more than a few hours. She tried to save the lot by adding heat as soon as she noticed it, but it was already too late. She eventually decided to let it sit for another 12 hours, per the kit instructions.

In the meantime, she started the second batch of the kit to see if it would get better. She repeated the same process as the first batch, but this time, she used a huge 24 hours kairo it was guaranteed to last long enough.

24 hours have passed. She peeked inside the cocoon to see how her beans were doing. It managed to stay warm for 24 hours, but she waited another 12 hours to make sure they had fermented well.

Another look. This time she could see a slimy texture on the beans, which was a good sign!

They looked beautiful! They weren’t as stringy and slimy as the natto you can find at the supermarket, but there was definitely something going on.

The next step was to let them refrigerate for another two days to achieve natto perfection. And then came the long-awaited day to try out its fermented creation. She made some rice and garnished it with her homemade natto.

And when she took a bite …

There wasn’t enough bacteria growth to give her that slimy natto flavor she was hoping for. You can see the most naked glow of fermentation, but it’s not enough. She didn’t feel too bad, however, as it was a fairly straightforward creation.

And honestly it was a great bowl of soy rice! She thought it paired perfectly with the dash of soy sauce she had put on it. It was like a premium version of regular soybeans.

By the way, if you are wondering what happened to the first batch, they started to develop black spots after another 12 hours of fermentation. Saya decided it was best not to open the cocoon.

So even though Saya’s experiment with making homemade natto hasn’t really been a success, she knows what to do next time! Boil them almost until she thinks they are too boiled, then keep that heat toasty for the next 24 hours. If you want to try and get the same results as Saya, you can always add natto flavor by adding natto!