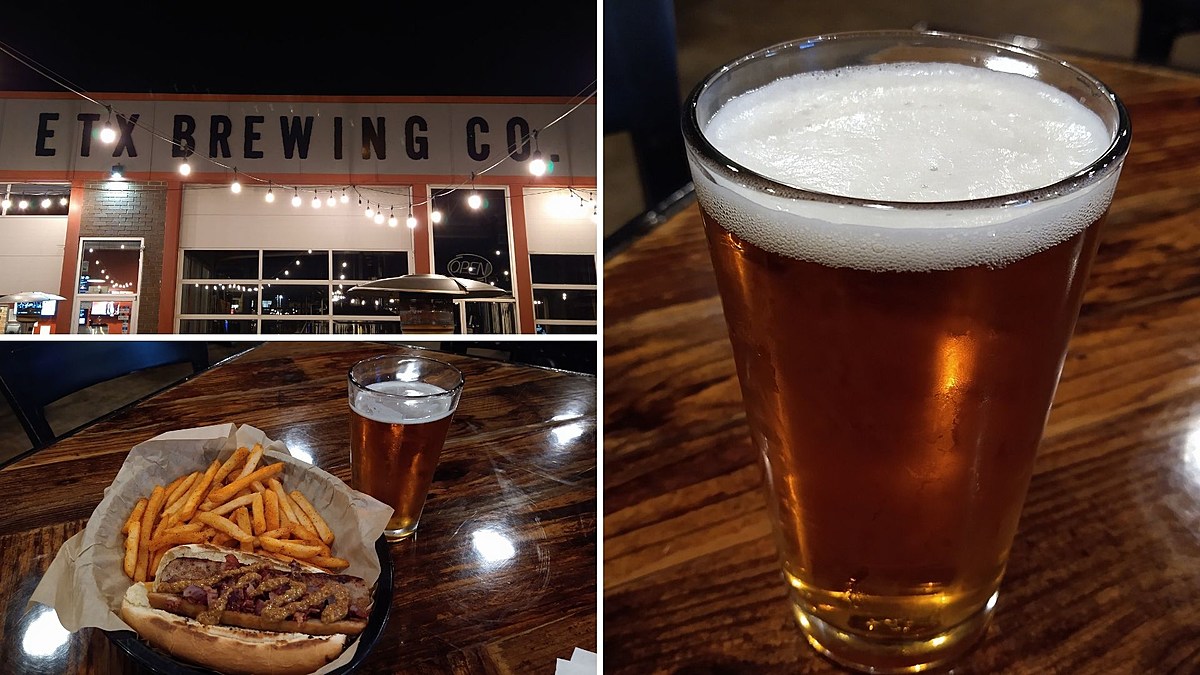 Tyler is home to two major beer breweries, True Vine Brewing Company and ETX Brewing. Each offers their own styles of beer. Each offers its own unique ambience. Each offers a great place to spend time with family or friends. There is no rivalry between these two local businesses and it manifested itself when the two breweries got together to work with students from the University of Texas at Tyler to celebrate a big anniversary.

Didn’t know you could take a series of courses at the University of Texas at Tyler (UT Tyler) to learn more about wine making, brewing, and spirits distillation. This is in conjunction with obtaining a Bachelor of Science in Chemistry with an emphasis on the science of fermentation. You will learn the entire process, from growing what is needed for fermentation to making the final product.

As part of this course, these UT Tyler students worked with brewers from True Vine Brewing Company and ETX Brewing to create a new beer to celebrate UT Tyler’s 50th anniversary. The new beer is named after UT Tyler’s nickname, the Patriots, called Patriot Pale Ale. It is described on the True Vine Facebook page as a “well balanced and light American Pale Ale, made from five hop varietals and weighing 4.6% ABV”.

It sounds delicious, so I stopped by ETX Brewing on Wednesday night, November 17th, to try this unique East Texas beer.

The Patriot Pale Ale has a beautiful brown color with an excellent grapefruit flavor. It’s not a heavy beer either.

I need to brag about their food for a while

Next to ETX Brewing is their restaurant The Porch. The Patriot Pale Ale goes very well with their Brew Brat, a delicious bratwurst topped with grilled onions and bacon.

I really liked the Patriot Pale Ale. Since this is a collaboration between True Vine Brewing Company and ETX Brewing, you can try the Patriot Pale Ale for yourself at either brewery. It is not yet known whether the beer will be canned for fans to take home. I hope so because I would take a six pack.

We love our East Texas owned businesses. But there’s nothing wrong with enjoying a national channel either.

The glorious return of the McRib

This is the most wonderful time of the year, the McRib season. The return of that glorious piece of fake pork dipped in barbecue sauce that is so delicious.