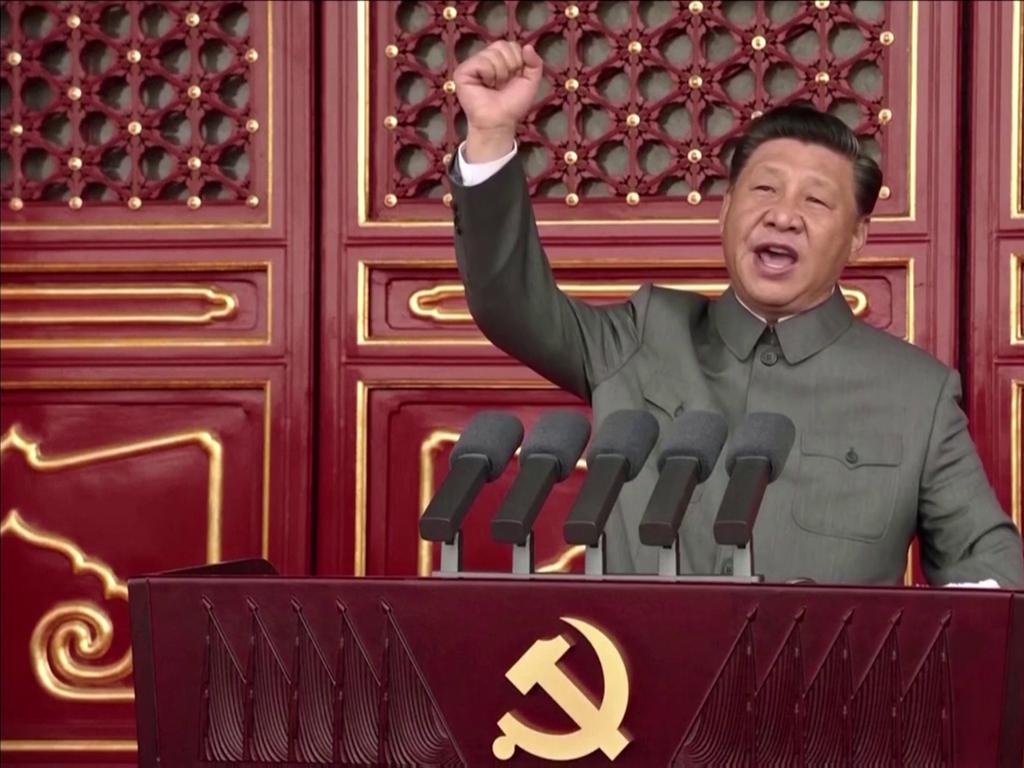 We are very sentimental. We’re stepping back to a widely imagined golden age, with Qualcast lawn mowers (British, of course, but made in Footscray, Victoria), neat fencing, and the Union Jack floating above our public buildings. We are also very romantic.

We live in the hope that our great and powerful friend can restore his world authority as he walks away from the wreckage of the Trump presidency, and that the Stars and Stripes can bring us comfort again.

This is what makes AUKUS so attractive, and forever.

But between sentiment and romance lies a grim reality.

Britain is suffering from the self-inflicted wound of Brexit, its former global role long gone. The deployment of HMS Queen Elizabeth and its motley panoply of escorts to “the Far East” is the triumph of gesture over substance.

America’s world preeminence has faded, and while America is certainly not in decline, the nature of its power is changing.

While this does not appear to have manifested itself in the Pentagon yet, the Commerce Department is keenly aware of America’s loss of bargaining power and its need to take a different approach if it is to recreate an economic advantage. . This is what makes AUKUS so desperate, and so yesterday.

China’s global rise is irreversible. Its regional geostrategic dominance is recognized by all, except us.

Our Southeast Asian neighbors equivocate America’s place in Asia, hoping that it can act as a kind of shock absorber against China’s more assertive and noisy behavior, but without being too frank. or too visible. And they certainly won’t take America’s side against China, pivot or not.

Australia, it seems, has no such inhibition.

We are blind to the geopolitical skills of our neighbors, who have the best part of two millennia of experience in the art of accommodation and political maneuver. They are nuanced in their diplomacy and subtle in their strategy, avoiding appeasement as skillfully as they avoid subjugation.

What do we have to learn from developing countries, notwithstanding the fact that by the time nuclear-powered submarines arrive (if they ever arrive), five of our neighbors – Indonesia, Malaysia, Thailand, the Philippines and Vietnam – will rank higher in the global economic pecking order than Australia?

If they were smart, they would beg Australia to show leadership and guide them to a world where they are on the winning side – not on their own side, of course, but on the side of good over evil, of democracy over autocracy, capitalism over communism. But we have decided to fall back on the future by resurrecting a new version of ‘forward defense’, effectively eliminating the Australian defense policy that has underpinned our defense strategy and capability planning since the mid-years. 1980.

Fighter / killer submarines are based on warfare between nuclear giants that maintain a viable ballistic missile second strike capability within their nuclear force structure.

It is difficult to see that they are optimized for the kinds of credible contingencies that Australia could possibly face in air-sea space to the north and maritime approaches to the west and east.

It is high time that Australia embarked on a broad review of its strategic policy, motivated not by the national political scoring and confirmation bias that characterized recent “white papers”, but rather by a realistic assessment of the implications. strategic change and what we need to do to strengthen regional stability and improve our own security.

The drift or, worse yet, the gallop towards war between nuclear powers is not a recipe for success or survival. We need a cold, harsh, non-sentimental, non-romantic look at the consequences of an Indo-Pacific strategic fault line that has turned into a chasm, perhaps an abyss there is not. back.

The geostrategic fact is that China is here to stay, as are the United States, India, Indonesia, Malaysia, Thailand and Vietnam, as well as our friends in Korea and Japan. We too, if we are smart.

That is, however, the key question: are we smart, or just reckless, reckless “hitting over our weight” amateurs, however tough, and risking being beaten for our problems?

If you look around, smart countries are working with their neighbors to build collective trust and security.

They work for security in their region, not for the security of this region.

More so, they invest in the institutions which design, promulgate and manage the rules by which they agree to manage their affairs, rules which are as open to sanctions against wrongdoing as to advice for constructive behavior. Yet we are currently caught off guard, as blind to opportunity as we are to the danger we face of regional isolation and over-reliance on a distant protector.

Of course, we need a credible defense capability. We also need invested diplomacy. To pump iron to strengthen one’s strength is good: but without the intelligence to give it a purpose and a direction, military force is little more than “the expenditure of the mind in a waste of shame.”

We have to rediscover the strategy.