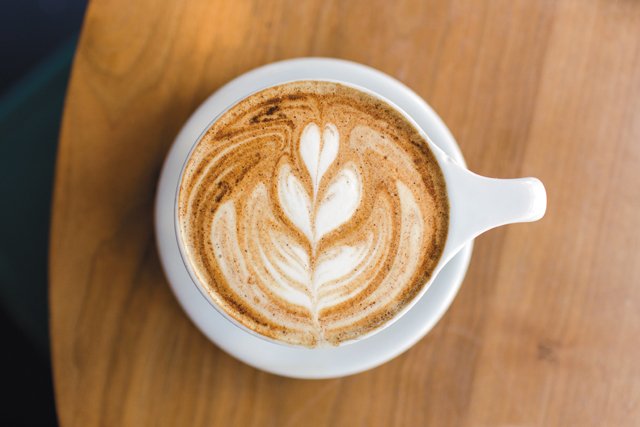 Heat of the moment

Pumpkin Spice Later – Aunt Mabel is in town. At the beginning of the month, the Shockoe Bottom coffee Foolproof roasters will present Aunt Mabel’s Sweet Potato Latte. Using Ironclad’s Bare-Knuckle Espresso and South Mountain Creamery’s milk, baristas add a house-made sauce made from whole sweet potatoes, lots of butter, brown sugar and a blend of spices for an autumn dream. caffeine. Order on the spot for the full experience: a mug adorned with homemade marshmallows toasted to order and candied pecans.

A visit to Recluse roasting project – a weekend-only cafe owned and operated by former Olympia Coffee Roasters employees Aimee Biggerstaff and Jack Fleming, and tucked away in an alleyway in Scott’s Addition – looks like an RVA mini adventure. Order a Spicy Ginger Dirty Chai from the walk-in window for a seasonal pick-me-up with lingering notes of clove and molasses. And if Pizza Bones cardamom buns are on the menu, you know what to do.

Stew for the soul

Born and raised in Alberta, the heart of Virginia-Brunswick stew country, Charles Johnson grew up eating hearty, labor-intensive southern soup. He is co-owner of Chuck ‘Unkol’ Brunswick Stew with his wife, Cheryl, and they sell an average of 400-600 liters of their famous stew, a recipe handed down for generations, per week, since its debut in 2011. Made with chicken – grated, to be exact – potatoes. soil, lima beans, corn and tomatoes, it simmers slowly overnight on walnut wood. According to Johnson, if the stew isn’t cooked in a giant cast-iron pot, “it’s not the real deal,” he says.

When that of Stella Restaurant matriarch Stella Dikos immigrated to Richmond from Greece over 50 years ago and started working at Village Cafe. She quickly became known for Brunswick stew. The recipe, taught to Dikos by his colleague and friend Roberta Bray, has fed the people of Richmond for decades and lives on in the various outposts of Stella’s Grocery.

At Scott’s Addition Black Heath Meadery, a warm drinking trough dedicated to honey wine, autumn marks a cornucopia of new products. Over a six-week period, owner Bill Cavendar will launch a handful of melomels – meads made from fruit harvested at maximum maturity – such as Berry Goode, which will feature blueberries from Swift Creek Berry Farm, as well as Red Razz and Bramble Bee, made with raspberries and blackberries from Agriberry Farms. “Each of these melomels is designed to enhance the aromas and flavors of honey and Virginia fruit,” explains Cavendar. Near Thanksgiving, Black Heath will also be offering the ultimate fireside drink: Joy, a spicy mead bursting with flavors of orange and lemon zest, cloves, nutmeg and cinnamon that can be served hot as a mulled wine.

The number of 2021 cases is increasing rapidly